Gaming for the Environment: How Games are Modernizing Conservation

Have you ever wondered if video games are being used to save the planet? Gamers like me, who have spent 200 hours completing every side quest for our tedious yet beloved JRPGs, have questioned at least once in our lives if we could be doing something better with our time. Well, thanks to advancements in gaming and environmental engineering, there is hope that we can do both. 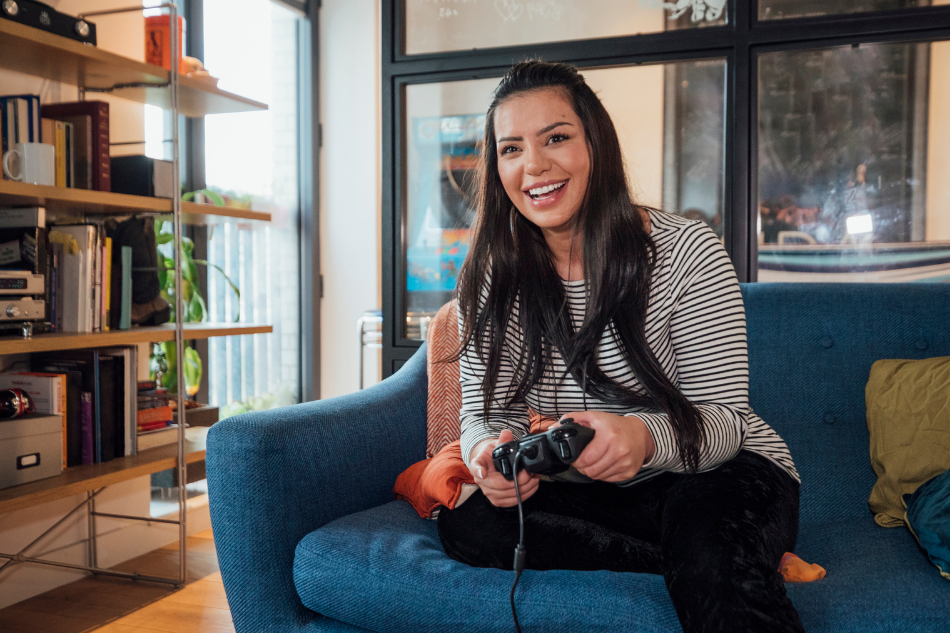 Using Data to Engage the Next Generation

Data collected by environmental scientists is critical to advancing their field, yet it can be incredibly time-consuming and laborious. After all that hard work, the results are finally presented in research papers and scientific journals. However, little is done to utilize that data to engage with the next generation of environmentalists. But what if we could breathe a second life into the data, using it to create immersive gaming experiences focused on environmental education, all while increasing revenue for wildlife conservation and providing value to conservationist’s work? This concept, ‘gaming for the environment,’ was the focus of a panel discussion at the IUCN World Conservation Congress called Gamification, technology, and storytelling: engaging the next generation of conservation leaders.

The gaming industry is incredibly lucrative, with a growing 2.7b users bringing in USD160b annually, totaling more than the film and publishing industry combined. Yet surprisingly, few people have tapped into this market for conservation purposes. Admittedly, most of us get our information from nature documentaries on our favorite streaming service or flip through a good old-fashioned National Geographic when we feel nostalgic. But, all that is changing with new immersive gaming experiences emerging every day for the 21st-century environmentalist.

While it may seem counterintuitive, gaming can reconnect people with nature, especially in an era of urbanization. According to Gautam Shah of Internet for Elephants, we are often born with a close connection to nature, which we lose over time. “When we are kids, everything is about animals.. (toys, room decor, movies, books), then the realities of life take over. It’s a crowded world; it’s an urban world, and with everything going on, it becomes harder to stay engaged with the things you loved as a child.” 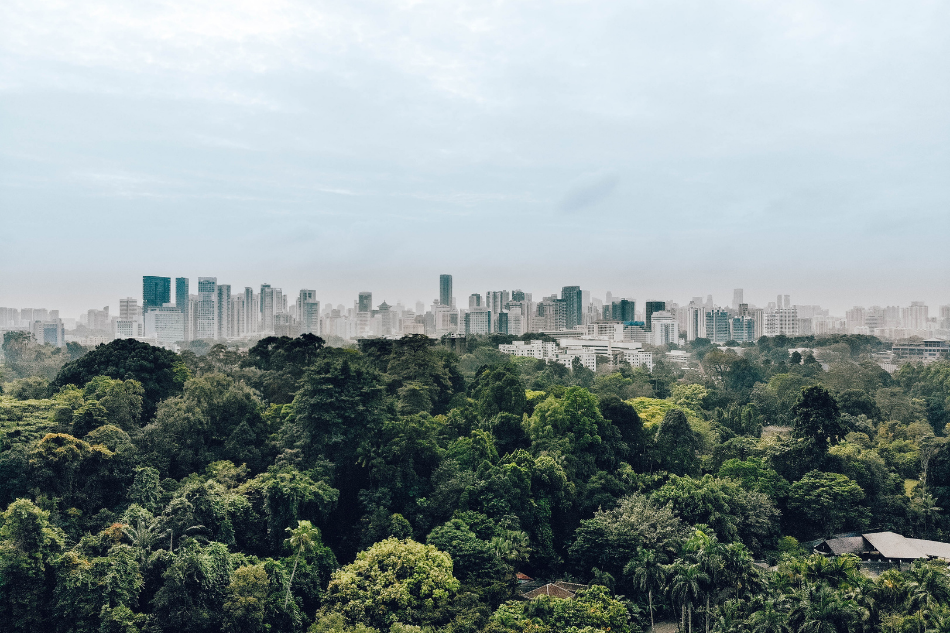 It is also tricky for conservation organizations to reach an audience connected to their phones but disconnected from nature. Shah says that donation campaigns and nature documentaries reach a limited audience, one that already cares about conservation. In contrast, zoos reach a broad audience but don’t always engage visitors in conservation efforts.

Shah began to wonder, “in the last 30-40 years, are we doing anything differently to engage a modern audience?” Which is how Internet of Elephants was created. The games produced by Internet of Elephants, such as Wildeverse and Unseen Empire, allow users to follow in the footsteps of real conservationists. Games that put the user in the hot seat, allowing them to make decisions and see the instant feedback loop or the result of those decisions, are the key components behind the contribution of these games to conservation. The games provide an opportunity for the public to learn about the hard work undertaken by wildlife biologists while learning about biodiversity and reigniting our connection to nature.

Internet of Elephants is not the first to break into this industry, with the likes of the Smithsonian, Chaos Theory Games, NOAA, and the UN’s World Food Program all stepping into this emerging market. But the future of game design must create a critical bridge to capture a wide variety of audiences, not only teaching them about the natural world but also tapping into a new market for funding conservation.

The games presented by Dellecker at the IUCN Congress were in their very early stages, but they have three concepts targeting three different audiences. The first, Parallel Earth, targets those already interested in conservation, allowing them to adopt unique species and collect data on them.

The second, targeting those interested in conservation but perhaps who don’t care enough to go out of their way to donate, utilizes the increasingly lucrative NFT market to allow people to buy, collect, and trade packs of NFTs. Think of this as the Pokemon cards for conservation, including the element of rare and expensive cards.

Their final concept is, however, highly controversial for several reasons. First, it allows people to place bets on migratory wildlife patterns or other species’ behavior. The idea is to attract those who aren’t interested in conservation but have the gambling itch. The possibility of gaming addiction is just one of the potential risks addressed in a gamification report published by the Luc Hoffmann Institute. Though some may argue if people are going to be gambling, why not raise money for conservation anyway. I would say, there has got to be a better way that doesn’t take advantage of bad habits.

There is also is the ethical issue of NFT, which can be costly in terms of energy, and the current model is known to uphold elite wealth and marginalize groups of people who may not be able to access or own them – sort of like the elite art culture.

Edit: the NFTs by the WWF has been announced and no surprise they are, as I called it, highly controversial with many claiming they demand a reversal from the WWF on this project or they will revoke donations.

As an avid gamer, I wonder if there is a better way to attract a new audience rather than exploiting gambling habits or upholding an elitist energy-intensive market. One solution could be working with existing game developers to weave conservation elements into full-length games. I’m sure Aloy in Horizon Zero Dawn would relish the opportunity to learn about the once-great species that roamed the earth. Gamers could buy custom armor for her with animal designs, with portions of the proceeds going to conservation. I would at least settle for a game that didn’t rely on side quests to kill and harvest parts from rare animals. Perhaps instead, the main character could put a stop to the illegal wildlife trade.

The focus here seems to be less on environmental education or behavioral change and more about creating revenue for conservation. The ethics aside this could be a critical next step for conservation as it moves away from charity-based donations and into the private sector. Conservation is often poorly funded, and these new concepts do have the potential to create a viable revenue stream to manage ecosystems, mitigate and adapt to climate change, protect biodiversity and keep scientists working.

Discuss: What do you think? Is generating revenuie for conservation through gambling and NFTs necessary – or is there a better way? Let us know in the comments. 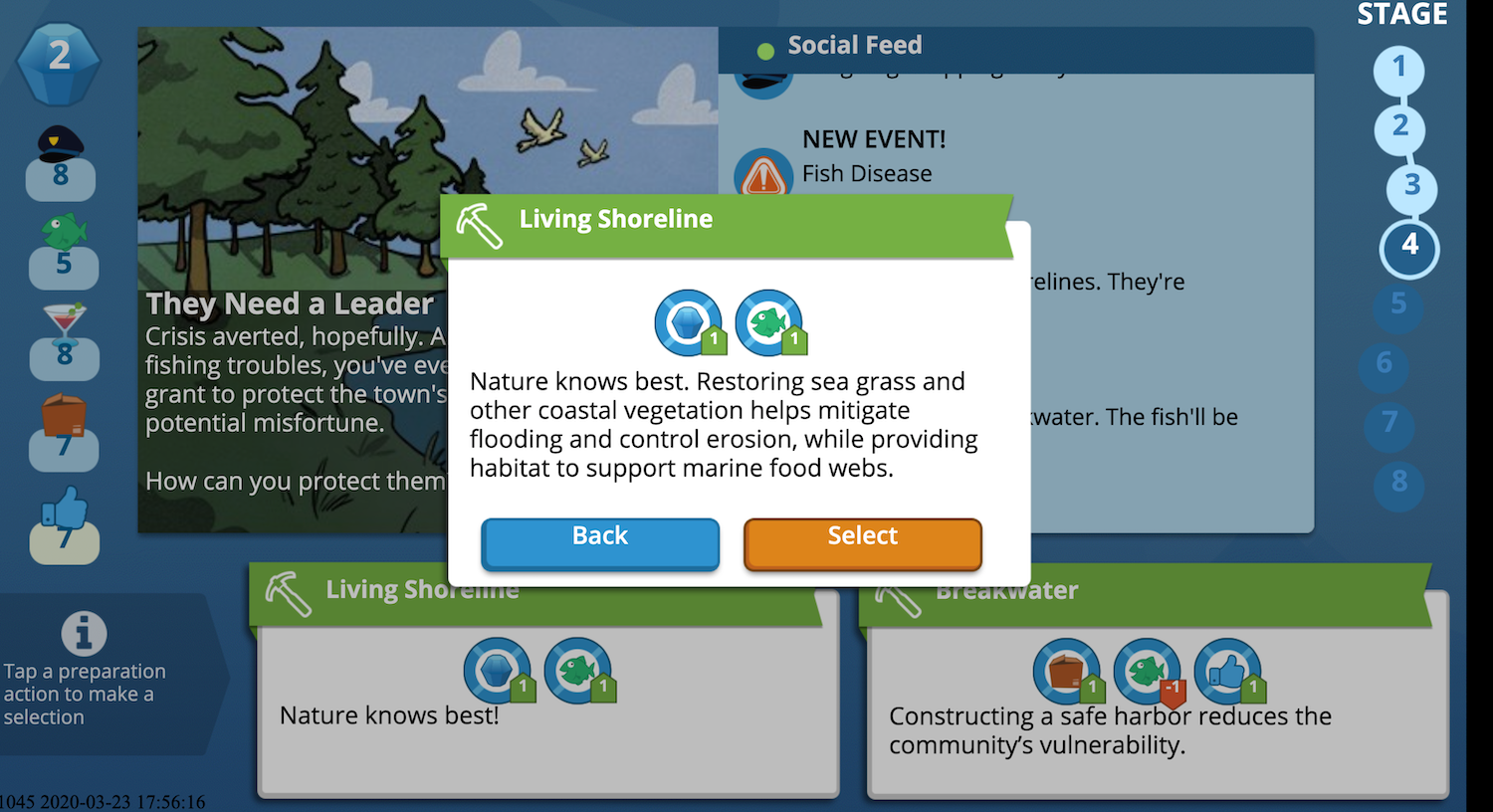 While the goal of these games is to connect users with nature, arguably, online and mobile games may encourage users to stay indoors playing on their phones all day. For a more tactile experience, the Serious Games Initiative at the Wilson Center produces physical games created using data provided by the likes of NOAA. In Cards Against Calamity, the player must make decisions to protect coastal communities from disasters while appeasing stakeholders, and the game is won through cooperation, not competition. EcoChains: Arctic Crisis allows players to learn about Arctic food chains and the critical role of sea ice. These interactive games are great for families and students, offering a way to spend quality time offline while learning about the environment.

I am particularly interested in the applications of the games in the field of Conservation Psychology, or rather if the games result in pro-environmental behaviors in the users. I had the opportunity during the IUCN session to ask the following question:

@Stacia4Wildlife #wcctechpanel There’s been some talk about using research data to create these games. Is there any data on how successful these games are at educating or changing the behaviors of the users?

Shah responded by saying that it was too early in their development to have data on whether the games produced by Internet for Elephants are driving behavioral change. He said that was ultimately their end goal, without offering too much optimism in their prospects of reaching that goal.

Others have proven engaging users in pro-environmental behaviors is a realistic expectation. Katie Patrick, an environmental engineer, author of “How to Save the World,” and co-creator of Urban Canopy and Energy Lollipop, has been using conservation psychology in her methods for years. Patrick’s work focuses on using gamification while tapping into the psyche to change people’s daily lifestyle, including reducing energy consumption and increasing willingness to recycle. Patrick has even worked with NASA to help them create products that display environmental data in engaging and exciting ways to reach a general audience. With more than 20 years in the industry and a long list of accomplishments leveraging psychology and gaming to save the world, Patrick’s work certainly offers a good look at the potential future for gamification as a driver of pro-environmental behaviors. The recipe for behavior change is all there, creating awareness, self-efficacy, and instant feedback loops, so I would expect the data to soon reflect positive behavioral change across the industry.

What do you think about the future of gaming and conservation? Gamifying conservation through immersive environmental games gives a second life and value to valuable research, helps connect society with the environment, generates revenue for conservation, and can ultimately change people’s behavior to be more environmental.

About the Author: Susanna Kelly-Shankar

Susanna grew up in small-town Alaska where the changing climate was always on her mind. Through traveling, she gained an interest in the power of sustainable and regenerative travel. She now attends a Master's program for environmental sustainability and bridges sustainable travel with environmental science. 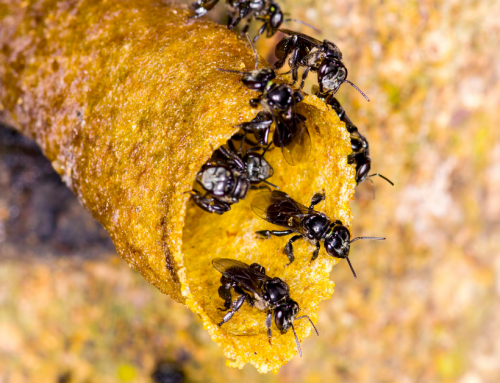