Since the late 20th century, Italian cuisine has grown a prolific reputation for being “good food”. The headquarters for several UN agricultural development organizations are located in Rome. But how did this vibrant peninsula come to own this seat of influence? 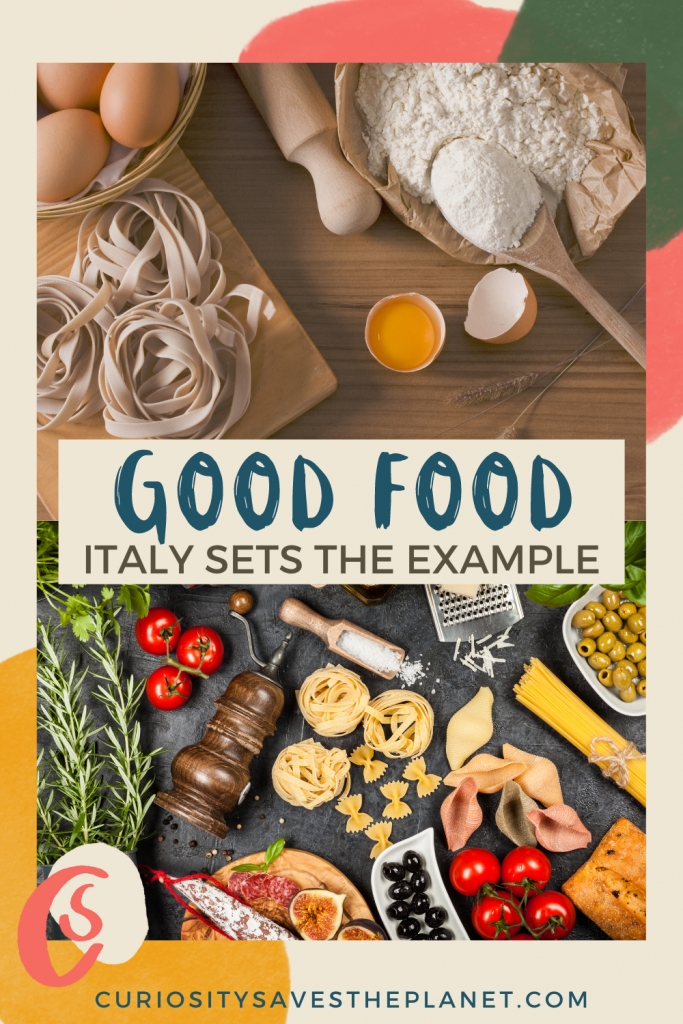 Italy is a Western cultural icon. Its history of fashion, architecture and art are well-known and undeniably influential. Uttering its name conjures idyllic imagery, and some quotes can immediately transport us to the country’s most iconic features — “Are you not entertained?”

But what do people say when someone asks them, what’s the best thing about Italy? The Food.

There is something pervasive about Italian food culture and its influence on the Western world’s modern-day diet. Go to any small town in middle America, or the capital city in nearly any country, and you’ll usually find at least one Italian restaurant.

Much of the world places Italian cuisine on a beguiling pedestal as “good food”. 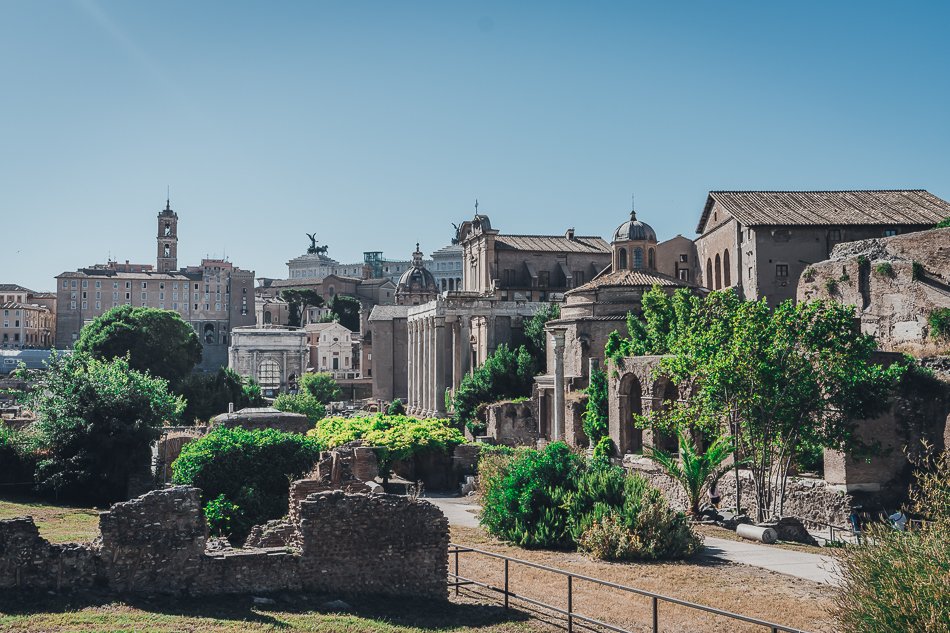 However, beyond the cuisine’s popularity in the West, Italy also takes its place on the world stage as the seat of agriculture development. The United Nations has three food and agriculture-related agencies based in Rome, the World Food Programme (WFP), the Food and Agriculture Organization (FAO), and the International Fund for Agricultural Development (IFAD).

These organizations are all dedicated to global agricultural and rural development to end hunger and malnutrition, preserve biodiversity, mitigate the causes of climate change and its effects, and alleviate gender inequalities. But these are just a few of the 17 Sustainable Development Goals (SDG’s) laid out in the UN’s 2030 Agenda for Sustainable Development in 2015. 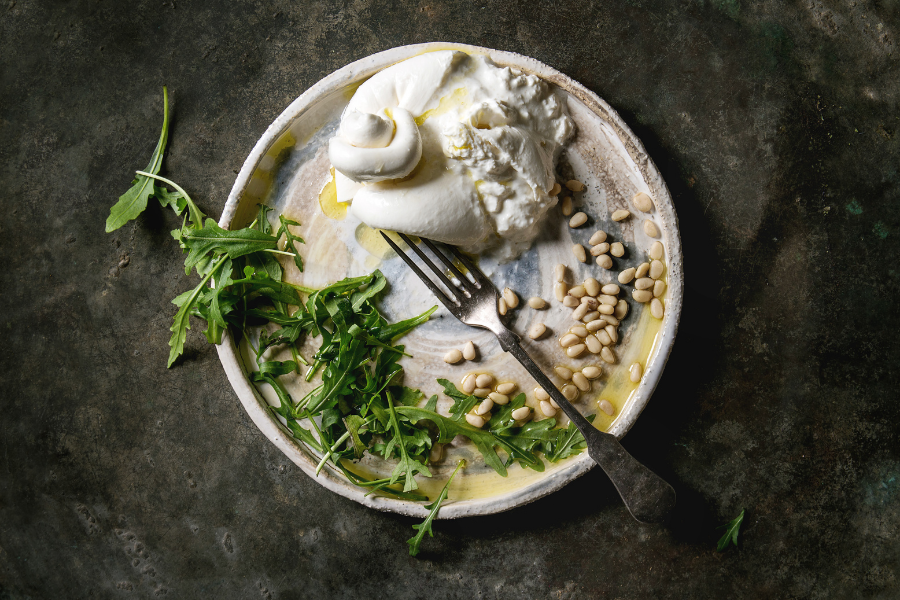 While Italy does not run these agencies, their location in Rome makes the country an agricultural beacon — the place the world turns to for guidance on agricultural development and best practices and action in food emergencies.

But how does this happen? What has made Italy the focal point for Western food culture and the seat of agricultural development for the world? To explore this question, we need to peek into the past.

Today, the tomato is a ubiquitous staple in the Italian pantry, but it wasn’t always like this. Relative to the span of human history, the tomato is somewhat nouveau to Italy, only first arriving in the 15th or 16th century, long after Ancient Romans ruled the Mediterranean.

With that said, Roman diets weren’t all that different from contemporary Italians. In fact, it might have looked quite similar to today’s ubiquitous Mediterranean Diet. Archaeologists have found evidence that indicates Roman citizens ate crusty bread, legumes, pork and fish, olives, and — of course — wine.

As for pasta, while it is commonly believed that Marco Polo brought noodles back with him from his travels in Asia in the 13th century, some evidence points to pasta’s emergence among ancient Etruscans as early as the 4th century B.C. However, the carb juggernaut only took off in popularity a couple of thousand years later, during the Renaissance in the 13th-14th century. 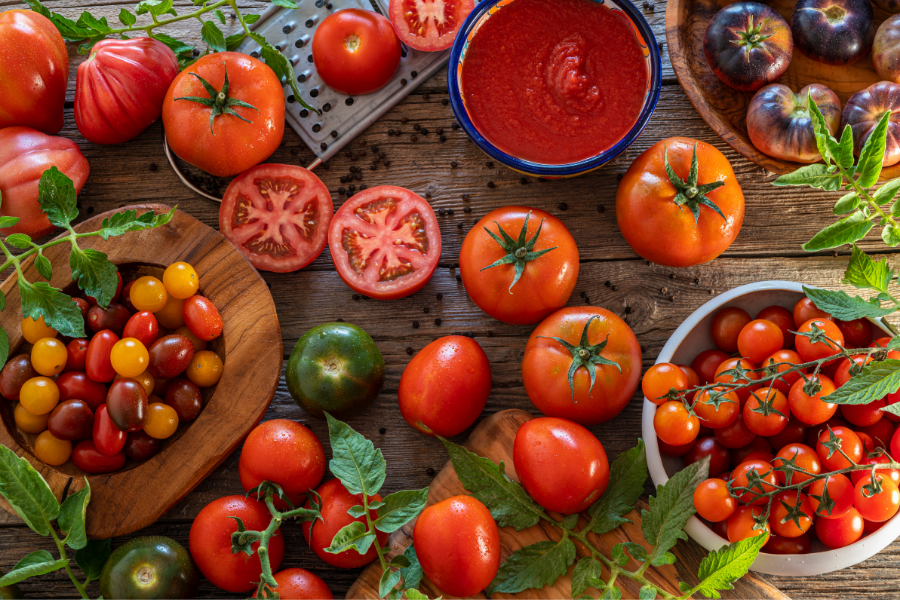 As we know it today, Italian cuisine didn’t begin to emerge until the 17-18th century, and since Italy wasn’t yet a unified country, cuisines were localized regions along the peninsula. Italy’s regional food traditions persist to this day!

The peninsula was at this point considered a vibrant and agriculturally productive country, a cornucopia of incredible products which were coveted throughout Europe. But as history shows us, greed and war will inevitably rear their ugly heads.

The Birth of la Cucina Italiana

War is one of the significant drivers of food insecurity, and Italy was one of many countries greatly impacted by World Wars I & II. However, something curious also emerged.

At the unification of Italy in 1861, agriculture was considered the most productive sector of the economy. However, as the Great War (WWI) began and dragged on far longer than expected, the country faced a battle on an entirely different front.

The Italian government had no realistic plan to feed their military or the civilian population. Where Italians had previously consumed a diet of mostly meat, pulses, and vegetables, now carbohydrates — pasta, bread, and polenta — were the main diet staple1. Hunger and malnutrition became a real and present reality for Italians, and diseases like pellagra, a nutritional deficiency, emerged.

Though the Great War did lead to intense hunger and a shift in the Italian diet, it may have also led to the emergence of a common cuisine. Young soldiers, who may have never even left their small village before the war, were now traveling across the country, intermingling with other young men, people in other towns, and making cultural exchanges2.

However, you can probably guess that this was not an auspicious beginning for a new culinary identity. Though interesting cultural food trends, like Futurism, would take hold after WWI ended, the status of food security did not massively improve.

In the years preceding WWII, Mussolini came to power, established his fascist regime, and would eventually align Italy with Germany and join the Axis powers. The country’s food and agriculture system were once again blighted by war.

To curb the ill perception of Italy’s struggling agricultural sector and reduce its independence on foreign wheat imports, Mussolini would use propaganda to begin a smear campaign against pasta in favor of rice, which was easier to grow in Italy. This resulted in the popularization of risotto3. 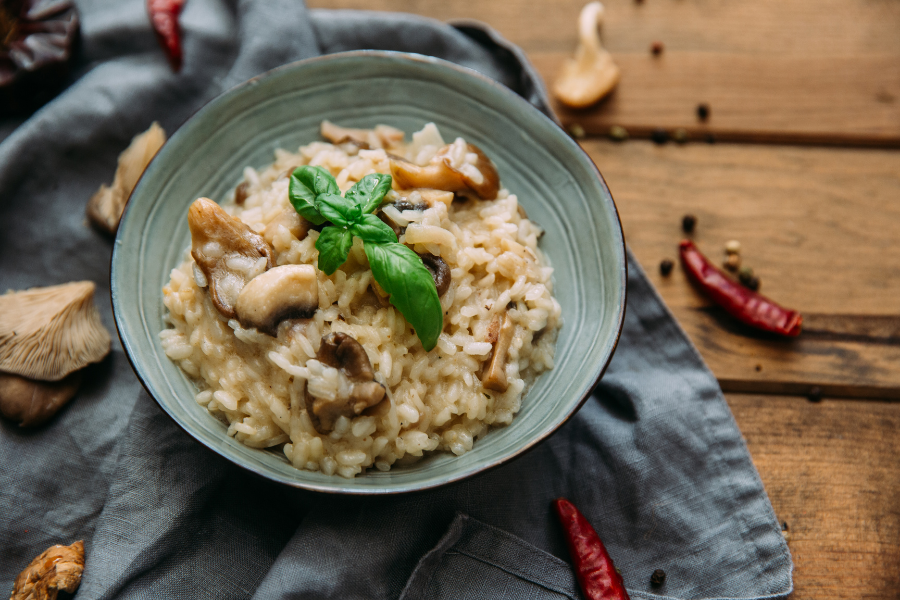 Rationing became a normal part of life at this time but Italian women, ever resilient, adapted and kept their families well fed. New recipes emerged that used minimal but flavorful ingredients. These new dishes eventually wove their way into the culinary fabric of Italy.

In the 1980’s processed and fast food became king. This doesn’t last long, though, as Italians began to rebuke the unhealthy and decidedly un-Italian food. The country, almost collectively, made a call for the return to its traditional culinary roots.

And so, a new food movement begins.

The late 20th century saw Italians recoil from industrialism. It’s no surprise that a movement came out of this growing sentiment.

Slow Food’s history begins in 1986, after a protest against a new McDonald’s location at the Spanish Steps in Rome and would go on to be officially founded by Carlo Petrini in 1989.

The movement aims to “prevent the disappearance of local food cultures and traditions, counteract the rise of fast life and combat people’s dwindling interest in the food they eat, where it comes from and how our food choices affect the world around us.”

What started as a local grassroots organization would become an international movement, now with more than 1600 local chapters around the world. 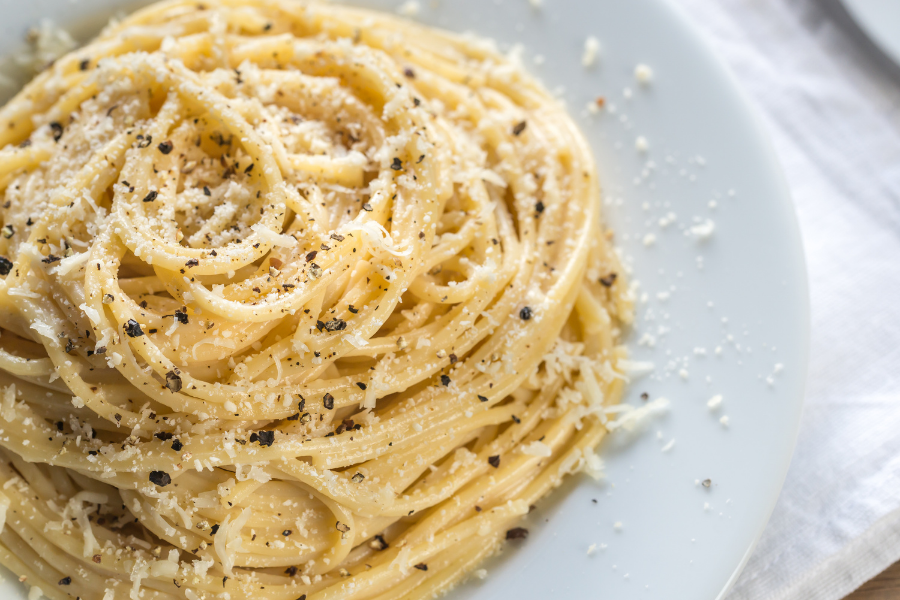 As the call for more sustainable and healthier approaches to food consumption and production grows, the Slow Food movement has become just one of many. There’s also 0KM, which is saving Italy’s culinary roots by promoting local, non-industrial products to support local farmers and producers.

In Rome, you can find an urban food market called Campagna Amica, which aligns with the principles of Slow Food and 0KM and supplies the city’s food shoppers with organic and sustainably produced products from local farmers Lazio region.

You can read more about Rome’s sustainability and the Campagna Amica market in the Rome Sustainable Travel Guide! Even while exploring Venice you can indulge in traditional slow food at local farm-to-table restaurants. 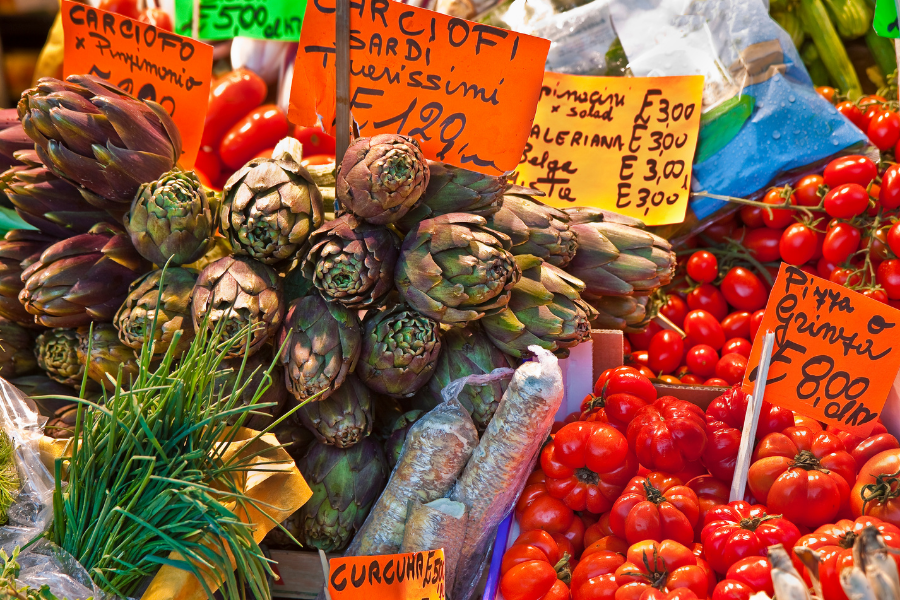 The state of food and agriculture in Italy has run the gamut. From its centuries of prosperity as a cultural breadbasket during and after the Renaissance to the lowest of lows that saw severe rationing, hunger, and malnutrition during World Wars I & II.

This history has etched a unique gastronomic fingerprint into Italy’s food culture, but it has also demonstrated the resilience of agricultural systems: how they can transform, adapt, and eventually recover.

As the host to institutions and UN agencies dedicated to ending hunger and malnutrition, Italy sits front and center on the global food culture and agricultural development stage. Though Italy is a unique area of the world, the country can stand as an example of what is possible. How one country can beat the odds, overcome the effects of war and cultural impacts of industrialism, and come out the other side renewed.

Hope you enjoyed learning about Italy’s sustainable, slow food movement. Italy has been leading the way in good food for generations and good food is an integral part of Italian culture and history. 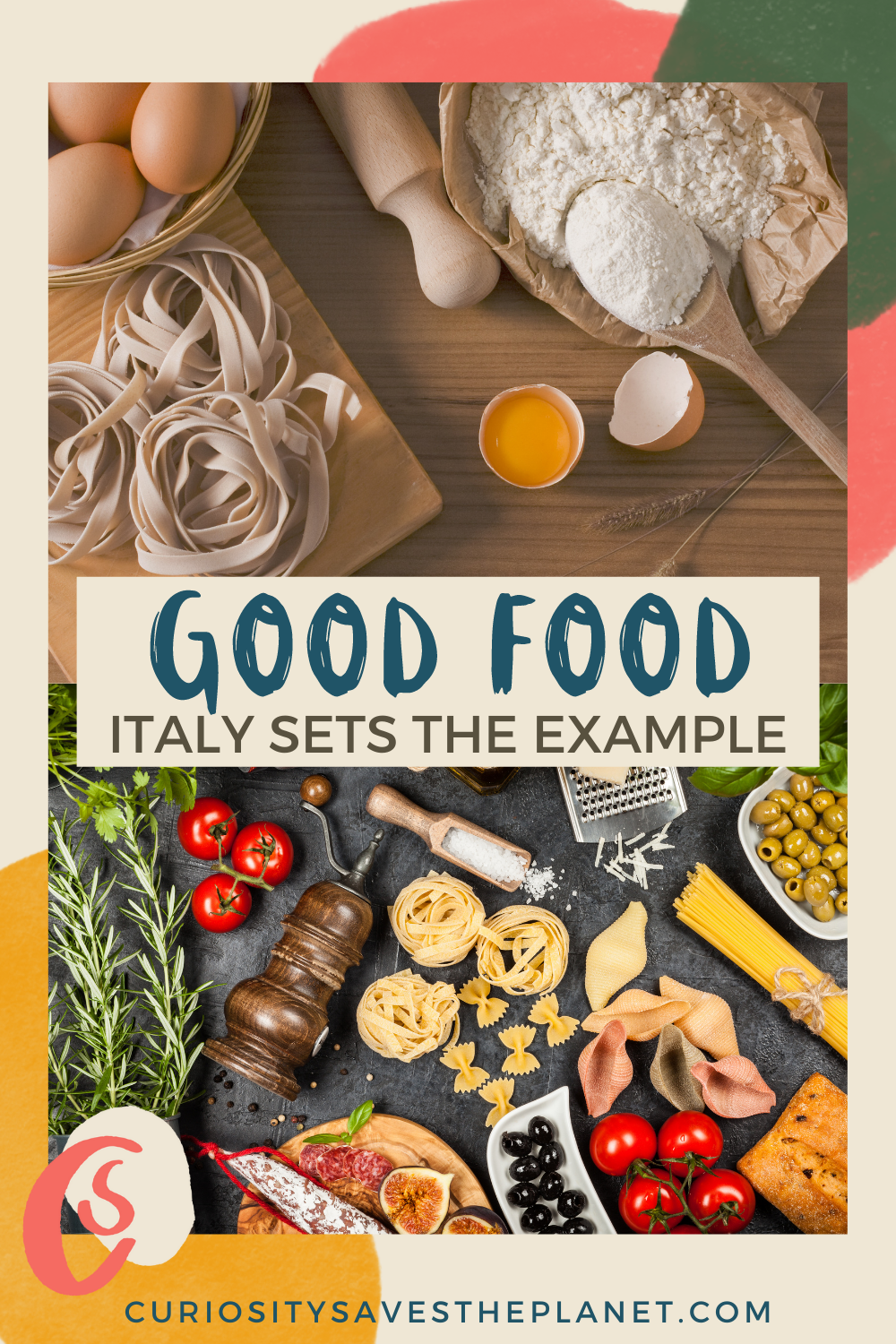 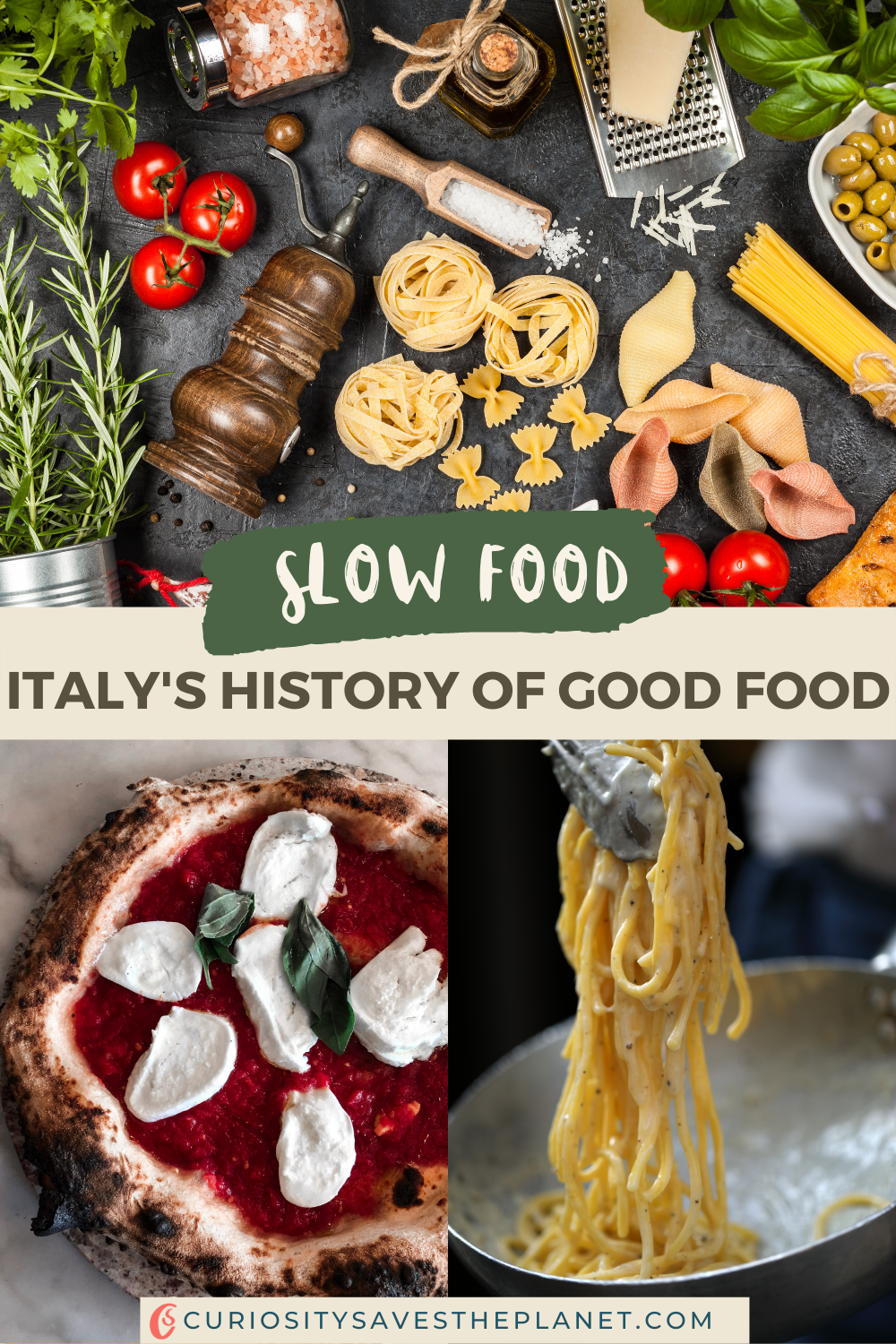 About the Author: Lexi Kassler

Lexi is an aspiring digital nomad originally from Palm Springs, California. In the last four years, she has studied, lived, and worked from Rome, Italy while working as a communications specialist at the UN Food and Agriculture Organization. When she isn’t writing, she loves to travel, hit the gym, read sci-fi, and experiment in the kitchen. If you’d like to learn more about Lexi's travels, read her slow travel blog Crossing Oceans and stay up-to-date on her whereabouts on Instagram. For more of her writing, you can also find Lexi's portfolio website. 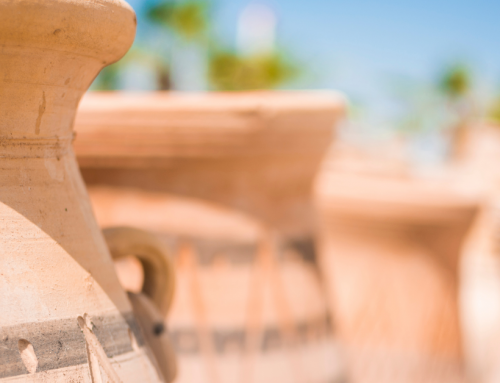 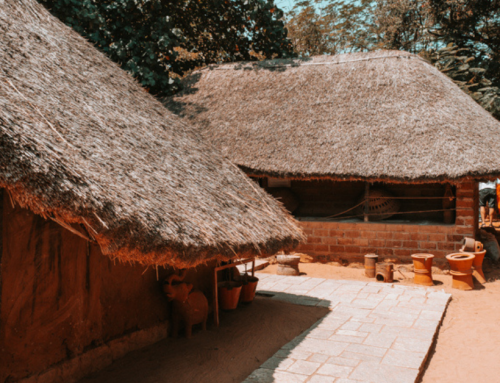 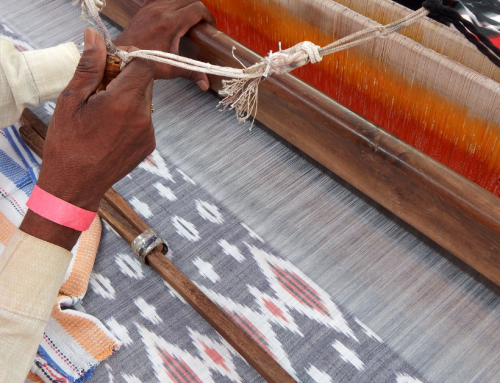 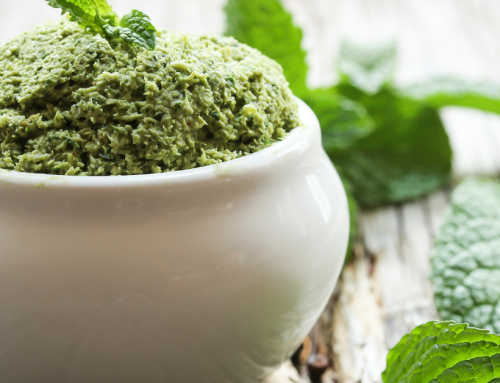